The following post is courtesy of Andy Wolf, veteran and firearms training instructor.

For those who carry firearms, simply having a firearm doesn’t mean that one is safe from predation by those who wish to do harm. Far from a magic talisman 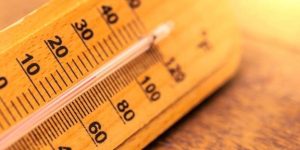 that wards off evil, a firearm is simply one tool in a toolbox- and one that requires constant use, maintenance,and proficiency training by the user in order to ensure optimal performance when all comes crashing down.

Training is particularly important- be it dry fire training in the home, fire-and-maneuver training in shooting courses or just getting proper trigger control down,

any extended period of time spent not shooting (about two weeks, according to some shooting experts) begins a decay and ultimate loss of perishable shooting skills.

Naturally, dry fire training in air conditioning or taking slow, calculated shots in the comfort of an indoor range will ultimately plateau off in terms of skill sharpening. At some point, you’re going to have to go outside, which -at least in the state of Florida- means you’re going to get hot.

Despite being called the “land of endless summer,” Florida can be particularly oppressive during the summer season. Tourists, transplants and locals alike eventually find themselves beaten down by the heat, be it doing lawn work, sunning themselves at the beach or standing on the firing line. While this seems par for the course in an environment such as the Sunshine State, it’s easy to forget that heat can kill.

Having visited -and in some cases, having fought in- arid climates around the globe, I’m no stranger to heat. Be it slogging around Baghdad in full body armor to being stuck in my Florida home when the power goes out in the middle of the day, one would think such a person is acclimated and resilient to such high temperatures.

Of course, such assumptions are wrong- and there was an instance less than a week ago where the heat could have killed me.

Teaching a private teaching skills course in reflexive fire last weekend, our training began at 8:30 AM and went on well into the late afternoon, with the training ending in time for an early dinner. During this time, the humid and hot conditions grew more extreme, particularly since my shooters and I were wearing body armor as a precaution for much of the highly-dynamic class.

Despite being well-hydrated, slathered in sunscreen and accustomed to the heat, I will admit in hindsight that something wasn’t right. As time went on, I found my thoughts becoming less clear, my shot groups opening up and my movements more exhausting with each repetitive drill. Dashing 100 yards over and over again while moving in sync with my shooting partner, it soon became apparent that we were becoming more sluggish in what were supposed to be quick and decisive movements.

By the time that we began to clean up the range and pack our things, a familiar, terrifying feeling set in- I suddenly felt anxious, confused and my stomach churned as if I were going to throw up. The environment around me became hazy.

“Something’s wrong,” I said, sitting on an ammo can.

I, not unlike many years before, was a heat casualty.

Fortunately, my students were well-versed in medical training and came to my aid when I no longer had the sense to take care of myself or assess the situation. Removing my plate carrier, they placed me in the shade and elevated my feet ever-so-slightly. Patting me down with a cloth that had been inside of an ice-filled cooler, they instructed me to slowly sip on water until I regained my composure.

Eventually, I was back among the living, with only swallowed pride and a sunburn to show for my ordeal. As someone who was responsible for these students, I was embarrassed by the incident, and apologized.

“It can happen to anybody,” one student said.

He was right. In the rush to lead the way and hard-charge through blocks of instruction and skills testing, I had ultimately let my body sweat off the sunscreen and water that I had utilized earlier. Through over-exertion, I had exhausted myself and overheated my body to unsustainable temperatures. In short, I had trained so hard that I could have potentially killed myself. Had I been training alone, I may very well have succumbed to heat injuries in such a remote location.

Bad guys can kill, but so can nature. In training to stop one threat, I was nearly done in by the other- just as I had been when I was a motivated soldier or a hard-working firefighter.

Look, it’s important to train in your natural habitat- it’s even more important to push yourself to be better. However, don’t lose sight of your basic needs or fail to prepare for a situation that comes naturally to hot climates.

By following these simple steps, you can prevent succumbing to the heat and stay in training- so that you can better learn to stay in the fight and not succumb to serious threats.

Heat-related injuries can happen to anyone. But with a little foresight, prevention and preparedness, they can be mitigated and/or dealt with in such a way that you live to fight (or at least train) another day.