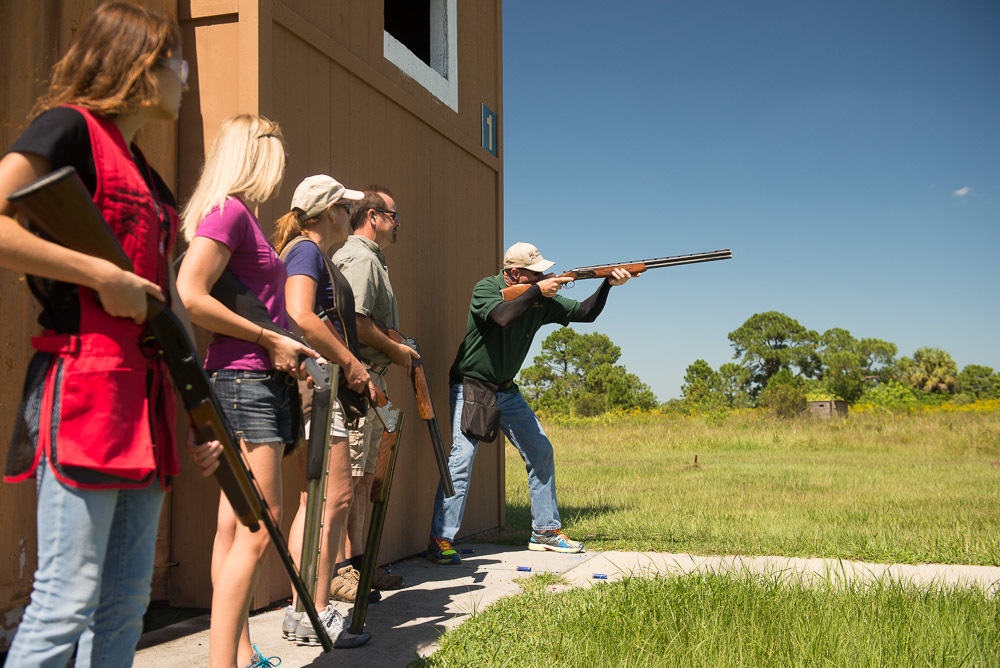 Skeet Shooting is the sporting competition for those who want to strategically move around a field that is set up in standardized distances. Shooters are grouped into “squads” with each squad made up of five shooters. Skills are sharpened in agility as shooters move around the course. Left-handed shooters normally do well in this sport. It’s a great game for men and women to compete together because of the uniform series of shots that keep the competition even.

A ROUND OF SKEET

A round of skeet consists of 25 targets, of which 17 targets are shot as singles and 8 as doubles. The first miss is repeated immediately and is called an “option”. If no targets are missed during the round, the last is shot at the last station, low house 8.

The shooting sequence is as follows:

Please do not hesitate to ask our staff for help if you have any questions. If you are found using incorrect ammunition you will be asked to leave the range for the day and may not be able to return. Safety first!

Interested in learning more about Clays Instruction courses? Call us at the Pro-shop for more information.

See you on the field!

Upon arrival, go to the Pro-Shop to register and get your field assignments. If you are a beginner or want to sharpen your skills, register for the Clays Instruction Class.

Be sure you are ready for the field with the following:

Reservations not mandatory but ensure we have your spot waiting for you.